Fishery is an important sector in the economy of Mkinga at the coastal areas. There are 21 coastal villages whose people are involved in fisheries activities through establishment of participatory fishery management units.  The fishing and other Marine Coastal Resources development in the District is supported by funding through Marine and coastal environmental Management Project (MACEMP). Fishery production has increased to 15500 tons for the year of 2015. Aquaculture activities especially prawn farming, milkfish farming are not yet developed. There are 10 groups of women and men participating in sea weed farming. There are 48 groups of micro economic which receive grant from MACEMP. Through MACEMP project for the year 2009/2010 the following have been done, i) land and sea patrol, ii) Preparation of village land use plans, iii) Mangrove monitoring in areas around Island and borders, cross border meeting and integrated coastal management activities. In Mkinga district there are 20 fishing landing sites. Among those only two landing site used for fish data collection these are Moa and kichalikani village. 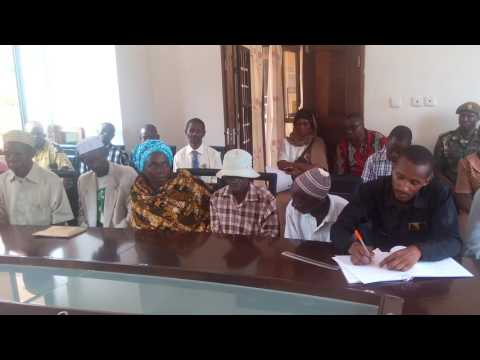